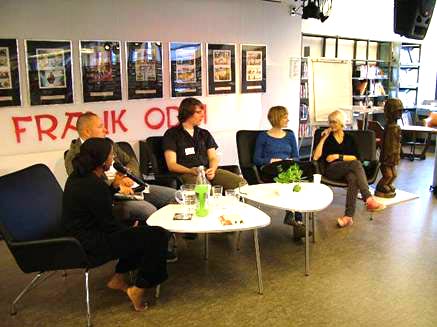 An exhibition of originals from the Akokhan series by Frank Odoi, 2007 Helsinki City Library. 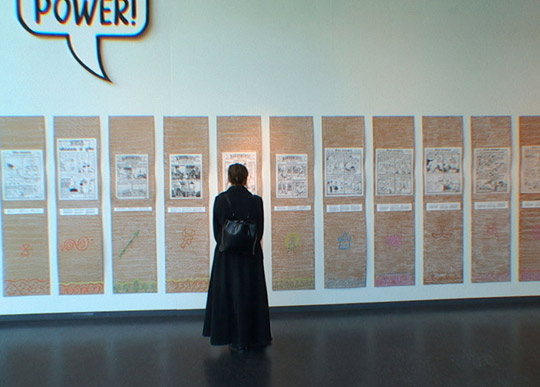 Frank Odoi and Leif Packalen building a comics exhibition for the Anti-Corruption-Conference in Durban, South Africa in 1999. 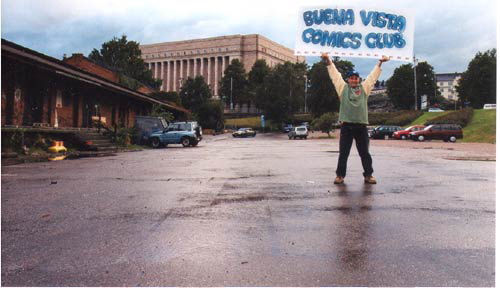 Cuban cartoonist Garrincha carrying the sign of the Cuban Comics exhibition in the Makasiini-warehouse during the Helsinki Comics Festival in 2001. 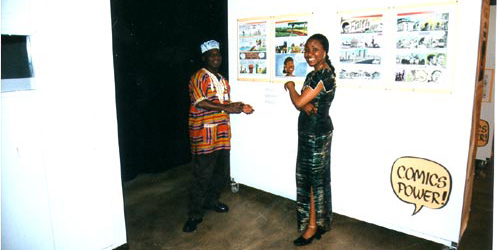 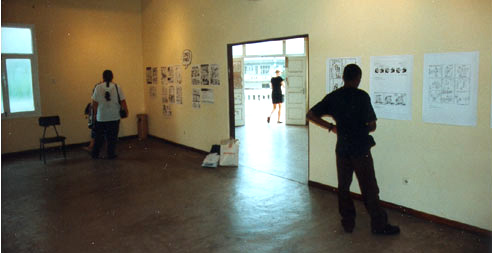 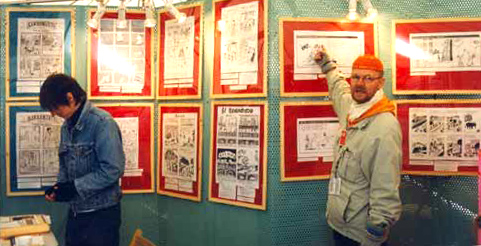 At the World Village event in 2003, Indian and African comics on food.

Nigerian cartoonist Tayo Fatunla visited Finland in 1999. Exhibition of his works in the World Village tent.